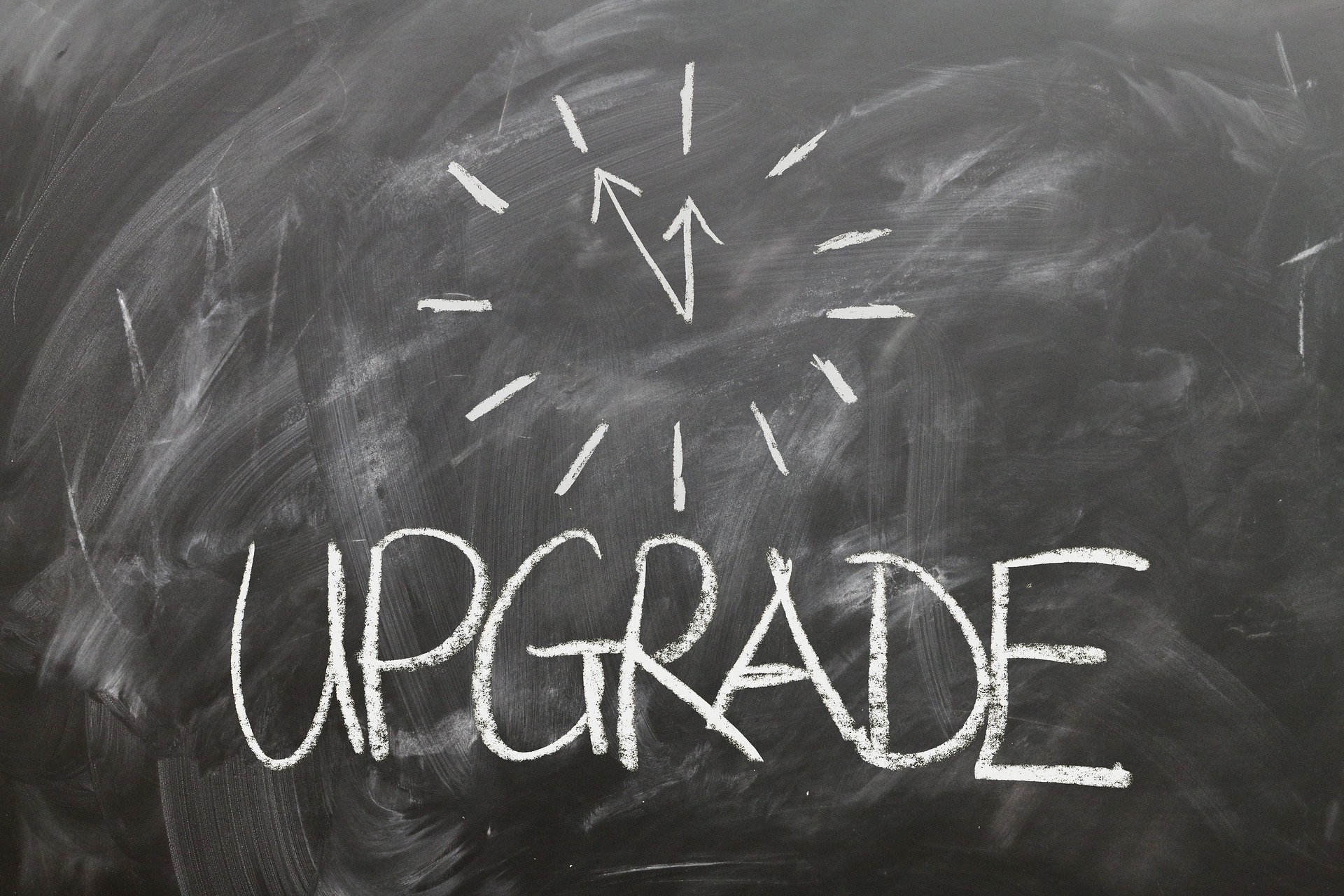 To upgrade or not to upgrade. This is the question!

Recently, questions were asked by the community on our social media, Discord and Forum regarding v4. The main question was:

why should I upgrade to v4

As enthusiasts ourselves, the clear answer would be because it is the latest and greatest!. But that, for sure would not satisfy everyone as a reason. So here are some reasons why you should put the time and upgrade your application to v4.

v4 removes support for PHP 5. It is about time really. Support for PHP 5.x from the PHP community has stopped in 2017, 3 years ago. PHP 7 offers a lot more functionality, speed and security enhancements. Upgrading is definitely beneficial to your application.

Also, the minimum PHP version for v4 is 7.2, which right now is supported for security fixes only. Phalcon will follow closely PHP with regards to supported versions, so we will not be supporting PHP 7.2 after it reaches its end of life (November 2020).

v4 also came with out of the box support for PHP 7.4. Although this might not seem a big milestone, we made sure not to repeat the fiasco of v3, i.e. not supporting PHP 7 for months after v3 was released.

Code that is not supported was removed. For instance xcache cache adapters have been removed since the extension is not supported any more. This removed chunks of the framework that were not used, reducing the overall memory consumption of Phalcon itself.

Additionally, several extensions that are internally used by the application (Memcached for instance) have been upgraded in terms of code usage, to take advantage of the latest features they have to offer.

We have also removed (temporarily) MongoDB support, because the particular driver had been deprecated. Not to worry though, support for MongoDB will be reintroduced in a future v4 version, using the latest MongoDB driver. The work is almost done and was nearly done before we released v4 but we wanted to test it more thoroughly, and as a result we opted not to release it with v4.0.0.

Also we have (temporarily) removed the Queue namespace. Beanstalkd did not see any updates for years. Although there has been recent activity in the project in 2019 and there is active support, we removed it in order to figure out a better and more versatile solution for Phalcon with support for more adapters. At the moment we are working with the Queue Interop team to potentially introduce the queue interface in Phalcon so as to offer more flexibility. More on that in the near future.

Full support for PSR would be a question that would appear again and again from the community. With v4 we have added the PSR extension as a requirement. This means that for Phalcon to work, the PSR extension must be present in your system and loaded before Phalcon.

Using PSR has many benefits, especially if you want to use a package that is PSR compliant, in a particular place in Phalcon as a plug and play. For instance if you do not like the Phalcon Logger, you can easily replace it with Monolog, since both implement the PSR-3 interface. Any PSR-3 compliant logger could be easily used.

We have also introduced additional components that are PSR compliant. The list is (namespace first):

Although support for PSR-7 and PSR-17 is available in v4, they are not enabled. This means that the current HTTP layer that Phalcon exposes does not use the PSR-7 components but the ones available from before (v3). The goal is to change our whole HTTP stack to be fully PSR-7 and PSR-15 (middleware) compatible. That will come in future releases.

PSR-7 components have been introduced to allow developers to start developing applications using these components if they want to.

The cache was completely rewritten to follow PSR-16. You can use this component in different applications that utilize PSR-16 or use a different one (such as Zend Cache) if you prefer, without any problems.

The session manager was also rewritten to implement the SessionHandlerInterface. This means that you can create your own Session adapter or use an existing one, add it to Phalcon’s Session manager and your sessions will work just fine. The same of course applies in reverse, you can use one of Phalcon’s Session adapters in an application that implements the SessionHandlerInterface

Factory classes have been introduced in numerous parts of the extension, (for instance Logger, Cache etc.) in order to help developers create components easier. This move will also help with dependency injection for components, when we introduce a new PSR-11 Container (future v4 version).

PHP 7 offers much stricter interfaces and checks for them. This allows developers to ensure that parameters passed in their methods are of the correct type. This not only makes the code cleaner, it also eliminates endless if statements or casting assignments.

Phalcon v4 utilizes this technology and introduced strict types to all interfaces. Additionally, all interfaces and implementing classes have been checked to ensure that they align properly. We did have a lot of misalignments in the past. Zephir (the language Phalcon is written with) has also been adjusted to use those strict types, ensuring low resource consumption.

We have also renamed a lot of classes to ensure uniformity in the framework. This allows developers to quickly identify components and their locations if need be.

We mentioned this before numerous times, that v4 is some sort of an interim release. This means that although v4 is a full release with a lot of functionality, it also serves as a building block for future releases.

The introduction of PSR-7 for instance. Although PSR-7 is not currently used within the HTTP stack, it is there for developers to use. However, in future versions, the whole HTTP stack will be rewritten to use PSR-7 and PSR-15, making Phalcon more flexible and versatile. Since we could not do this work in one release, we split it into smaller chunks of work, releasing functionality as we build it.

Q: Should I upgrade my application?

A: It depends on what your application needs are. If your application has stopped growing with new features, and you are happy with say PHP 5 and v3, then don’t. You should never upgrade for the sake of upgrading. Note though, that since v3 has reached its end of life, any bug that could potentially appear will not be addressed so you will be stuck with it.

If however your application grows, even slowly, you should consider first upgrading to PHP 7 (if you have not done so already) and then Phalcon v4. There are a lot of enhancements that came with PHP 7 including increased performance.

Q: All I read is PSR this PSR that. Who cares?

A: Maybe not you but a lot of others will. Introducing PSR as mentioned numerous times allows Phalcon to be more flexible. It also allows components to interchange with no changes in the code. Phalcon PSR compliant components can be easily used in non Phalcon applications as well as the reverse.

Q: So other than a lot of changes that I cannot see, changes in the way things are set up such as the Cache, removing functionality I never used and a bunch of renaming of classes, v4 really doesn’t offer much

A: This would be a poor representation on the work we put in, but as a developer you can definitely say that. This release did not introduce many bells and whistles, it helped a lot with the foundation we wanted to lay in order to move forward with future releases and component building.

Q: Why didn’t you release the final components, the ones you want to build as you say, and instead gave us this?

A: We have been working on v4 for more than a year. After v4 was released we moved away from the Waterfall model of releasing and adopted more of a Scrum model. Small releases and very frequent ones. This ensures that bugs are fixed much quicker and new functionality is broken into smaller parts that can be built within a couple of weeks. Using Scrum we ensure that there is incremental releases of what we want to release, without keeping the community waiting for months until something is released.

Remember, we also have day jobs so our release schedule is impacted by how much free time we have to devote to the project. Moving to smaller stints, we ensure that we address only issues and functionality we can release, without promising more than what we can work on. This also helps the community by keeping everyone informed on a regular basis.

You can use our Upgrade page for more information and also do not forget to check RectorPHP, a tool that helps with upgrading legacy code! Finally, we are here to help. Engage with us and the community in our Discord and Forum if you get stuck :)